We Came To Rock - The Pretty Maids Journals 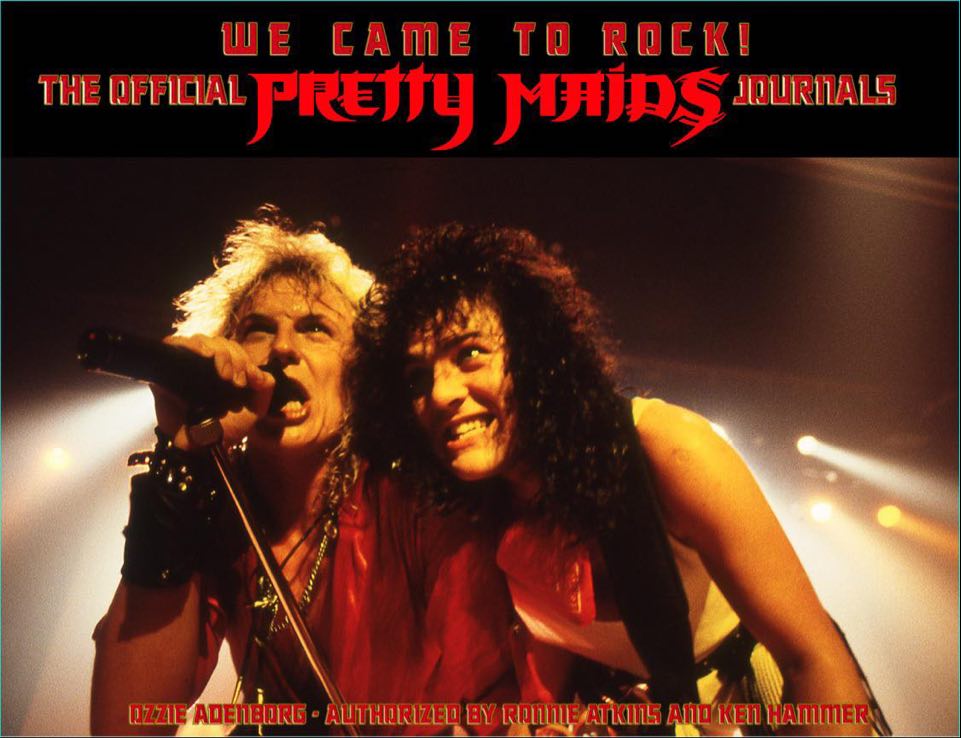 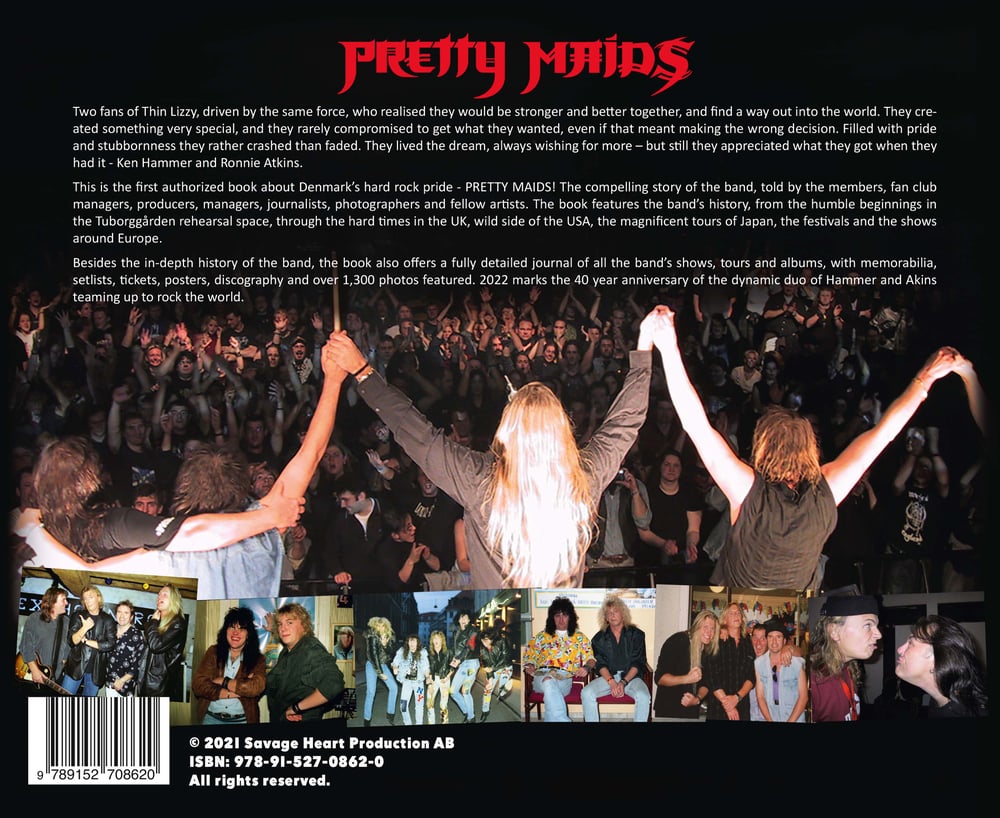 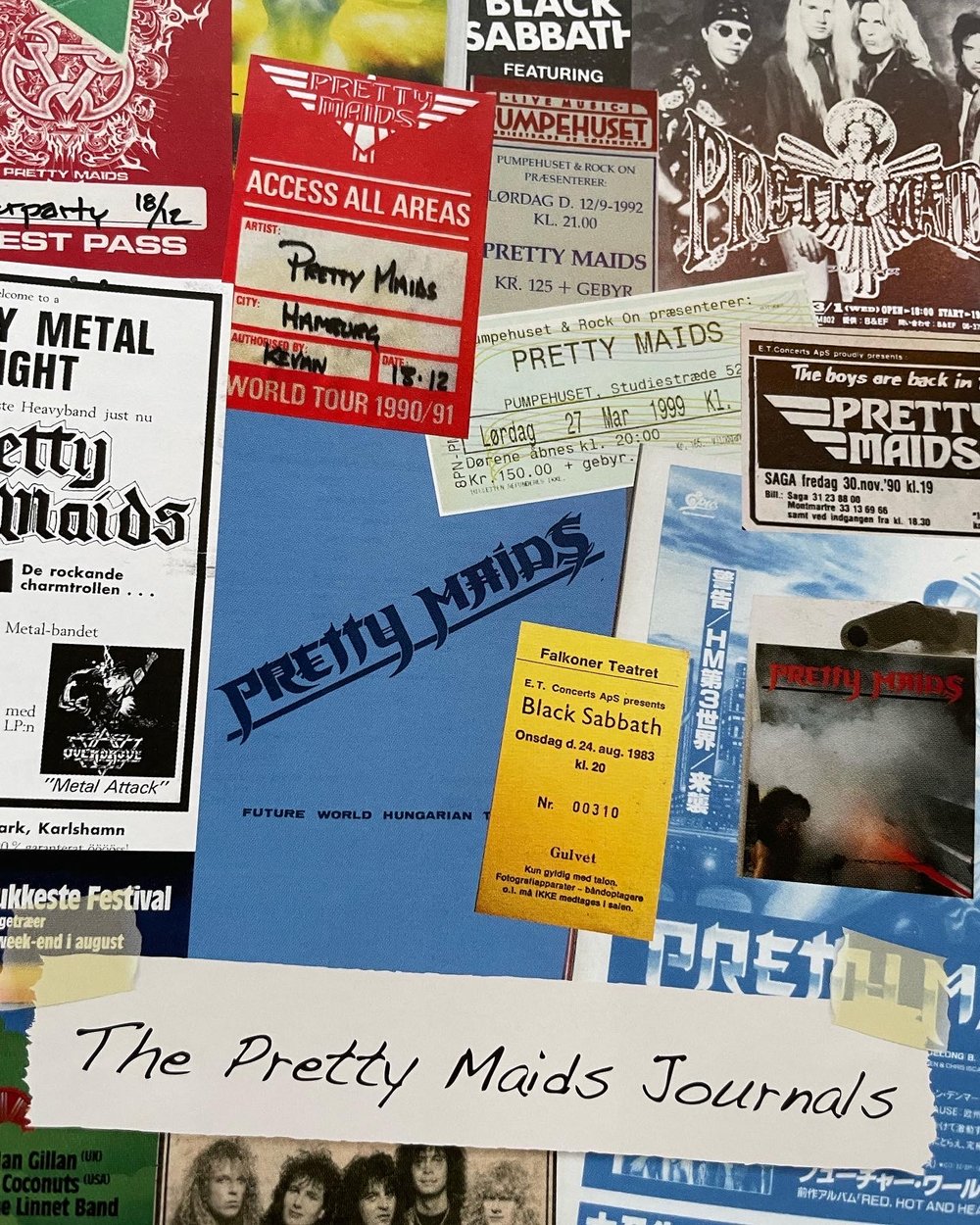 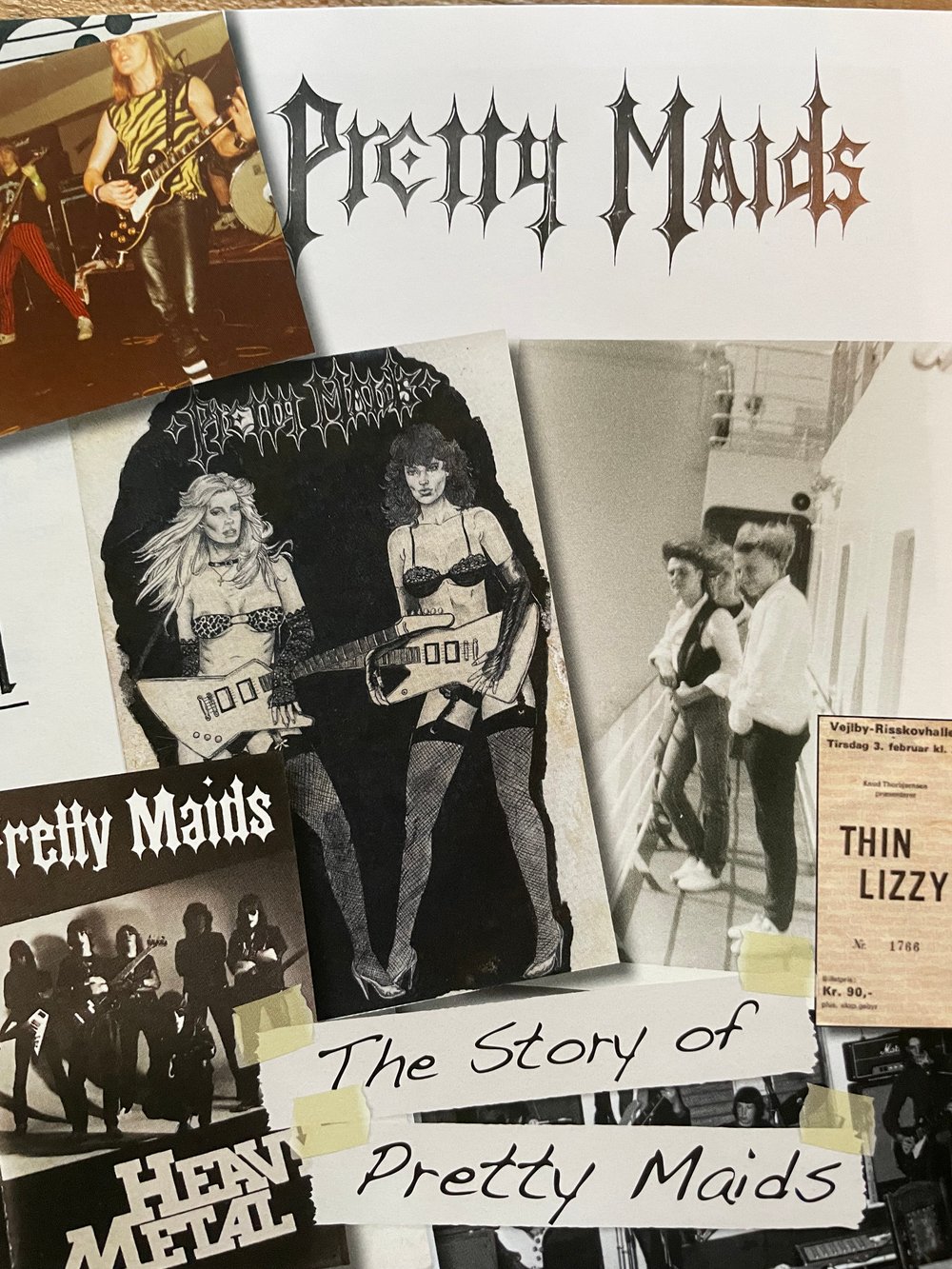 We Came To Rock - The Official Pretty Maids Journals is written in English and has 372 pages and over 1,300 pictures, all in colour, a book that weighs almost two kilos! Photographers Rikard Göransson, Kennet Havgaard, Henrik Hildebrandt and many more have contributed to make the story visual.

The author Ozzie Adenborg has talked to past and current members of the band, as well as producers Billy Cross, Flemming Rasmussen, Tommy Hansen and Jacob Hansen and managers, journalists and fans... Details have been put together to form a story about a band that wanted to prove that you could come from Horsens in Jutland, Denmark and still rock the world. Lots of memorabilia, such as ticket stubs, setlists, concert posters, adverts, and a near to complete list of concerts.

We Came To Rock - The Official Pretty Maids Journals includes a discography, complete list of songs, articles - from Horsens Folkeblad to Japan's biggest hard rock magazine Burrn! - and so much more. This is a book by a fan for fans.

"What a trip down memory lane... absolutely fantastic!" - Ken Hammer, guitarist and founder of Pretty Maids

"Really impressed by We Came To Rock - it is a real treasure for the fans!" - Ronnie Atkins, vocalist in Pretty Maids

"Damn, you did a great job. Thank you so much for your dedication" - Allan Delong, former bass player in Pretty Maids

"What a fucking cool book! I wish there was a book like this about KISS!" - Chris Laney, guitarist/keyboard player in Pretty Maids

We Came To Rock is written in English.
All books are shipped by registered (tracked) mail.

Sold out
We Came To Rock - Signed and sold for the Children's Cancer Foundation
600,00kr SEK